In order to better understand The Liberal Gun Owners Lens Anthropology Pillar (and in order to understand the up-and-coming publications related to my 2021 talk at David Yamane’s Sociology of Guns course at Wake Forest about the anthropologic relationship between humans and projectile weaponry) it is important to simplify and establish two following two concepts:

The human species has created and maintained a relationship to simple and/or complex projectiles during the entire range of its existence. Moreover, the presence of simple projectiles did not start with Homo sapiens. In order to measure the actual vector of projectile production, one must travel into the remote past to find the earliest evidence of potential projectile creation. There is archeological evidence which shows that potential projectiles were in existence between ~300,000 and ~500,000 years ago. These are examples which show us the production of spears and spear points. However, concluding that these technologies were actually used by throwing is a matter of debate. These earliest examples precede the very existence of the human species, as the evidence suggests we emerged between ~200,000 to ~300,000 years ago. The earliest potential projectile technologies were likely created by proto-humans (e.g. Homo heidelbergensis and Homo ergaster.)

In terms of early projectiles, there is a gap that happens between this remote evidence and the earliest, definitive evidence that we have for humans creating complex projectile weaponry; i.e. ~70,000 years ago. There are multiple reasons for this evidence gap from ~300,000 to ~70,000 years ago:

1.During much of this time range, the earth was in a glacial phase, and the earliest human populations were likely scattered into a few refuge areas (aka “refugium”) inside of the African continent.

Firearms are not a technology that exists outside of this measurable continuity. They are a simple, predictable node in this timeline of weapons technology. 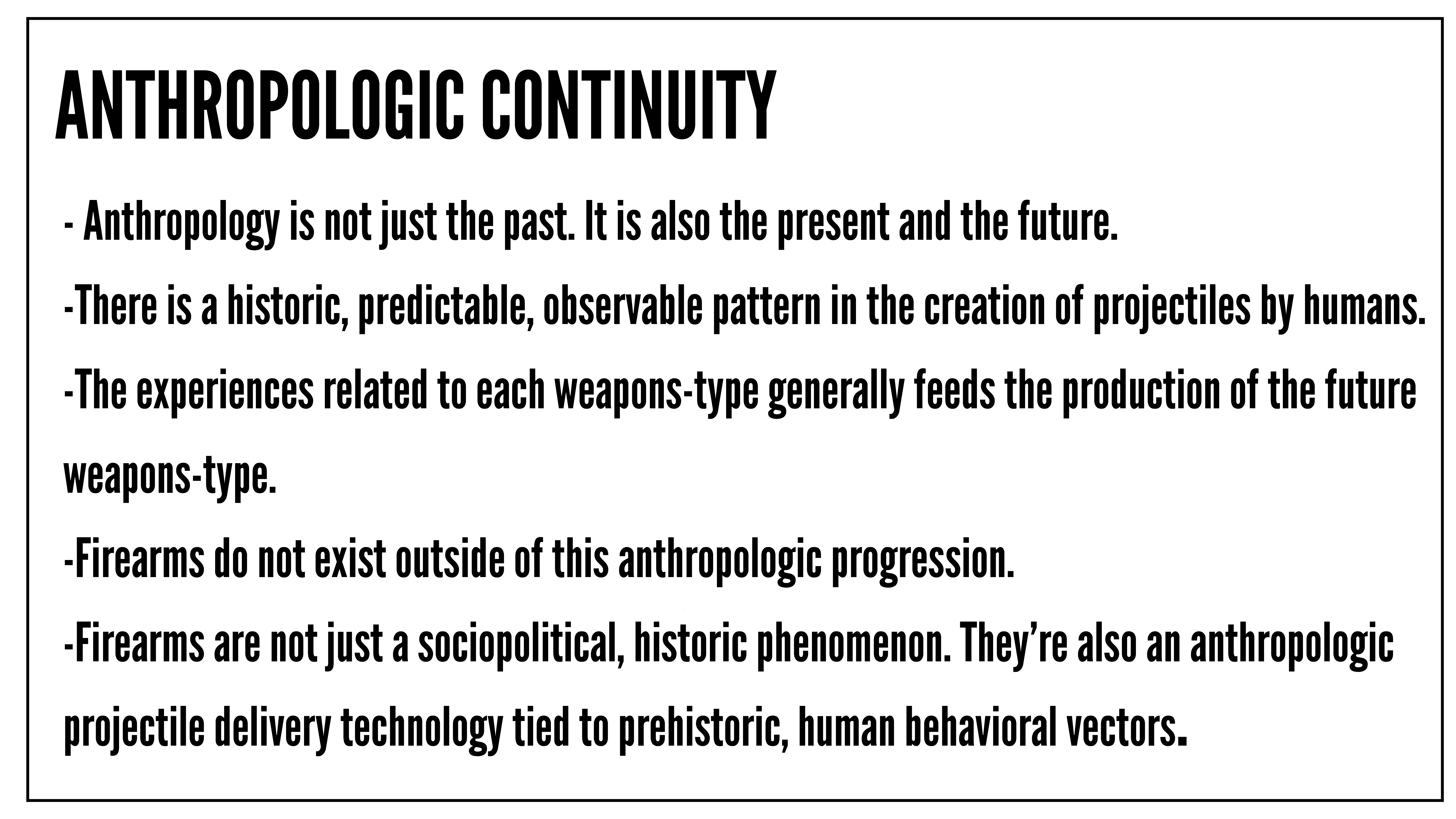 Every record of measurement for human behavior is chocked full of our relationship with weaponry, particularly projectiles. The general records of behavioral measurement are:

One of the best places to observe the universality of weapons is inside of David Yamane’s work. The plain, modern observation of the facts yields for us the determination that humans, all over the world, are involved in weapons possession and creation. Certainly, inside of the United States, firearms ownership is normal and universally present aross general lines of demography.

It is important to note that the term universal and the term absolute are not the same thing. Absolute would mean that every single human owns weapons. This has simply never been true. Universal means that weapons ownership and possession is found in substantial measure across all human cultures. 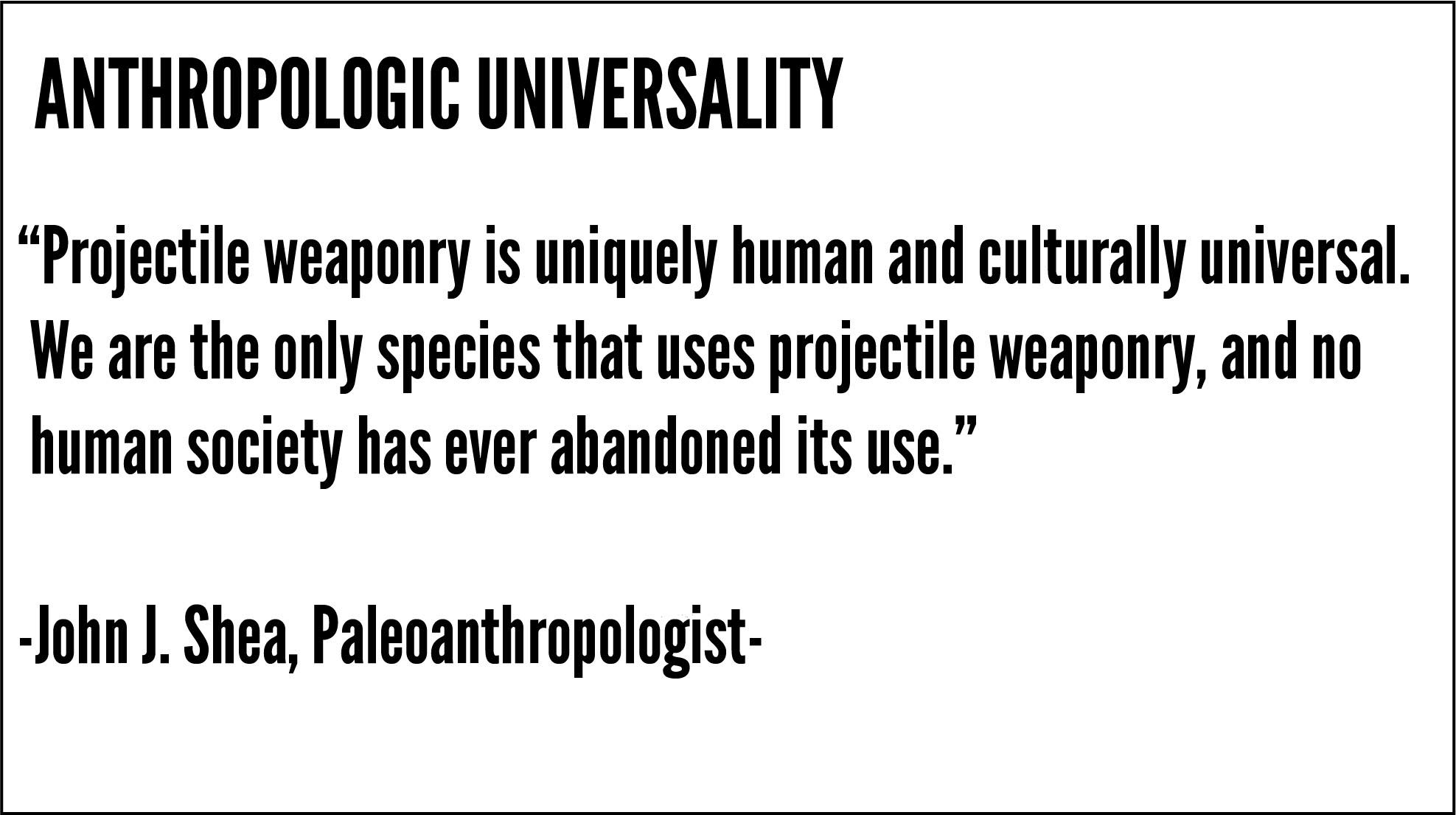 The Yamane-Shea Synthesis is something that I created to indicate the fullness of the continuity of The Human-Weapon Relationship. Through both Proximate and Ultimate Reasoning we can get a more accurate picture of the extensiveness: 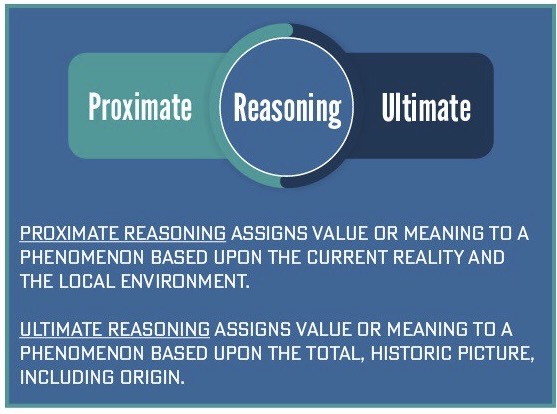 David’s work represents the study of the contemporary era and Proximate Reasoning, while Ultimate Reasoning and the total era of human existence is represented by the work of Dr. John J. Shea. (Curtis Marean’s work also yields us essential evidence and theory.) 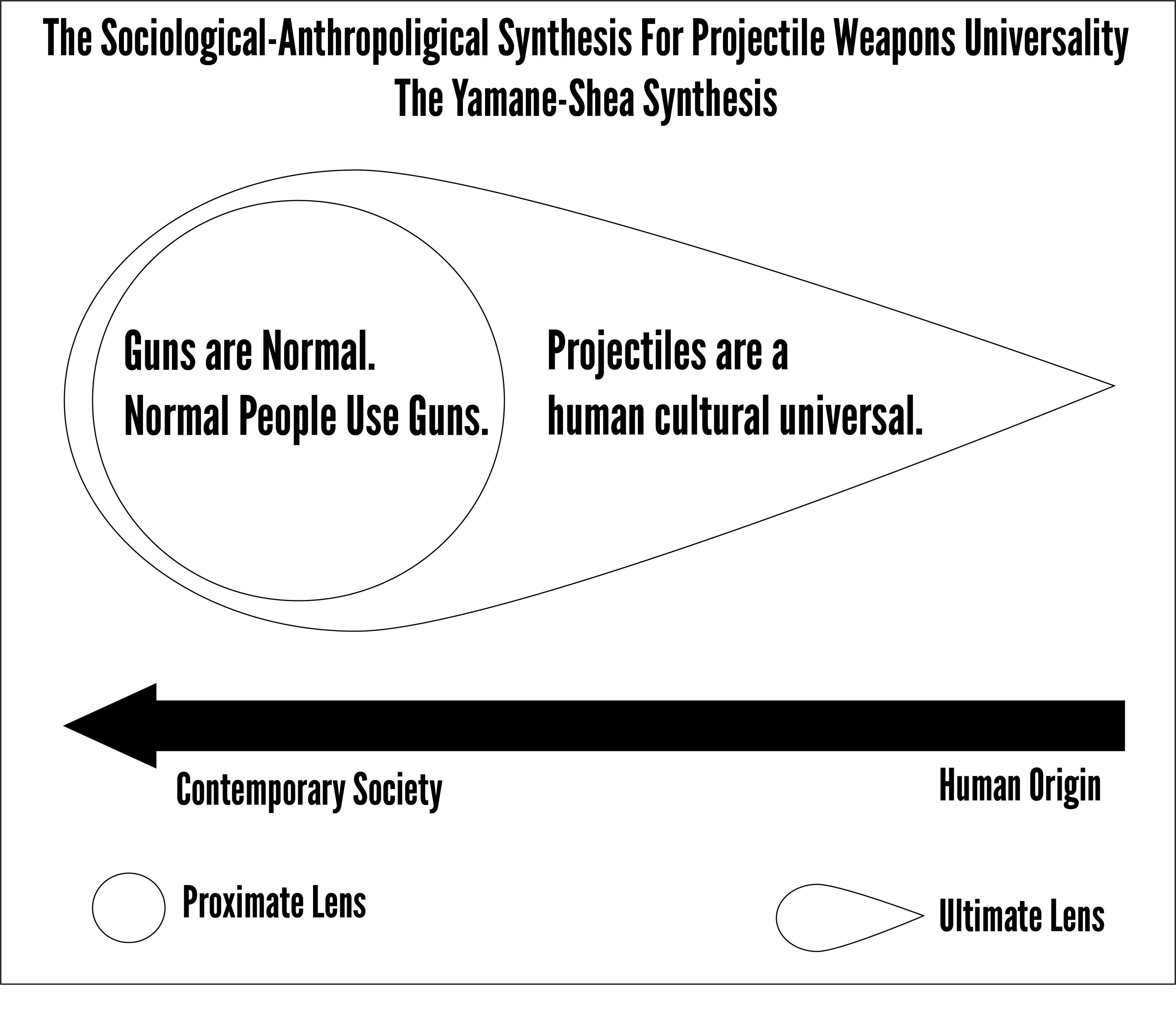 Please check into podcast episodes related to our Anthropology Pillar on our podcast: