Should Disabled People Want To Learn To Use A Gun? 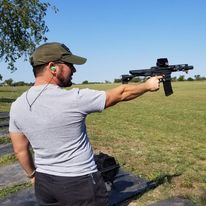 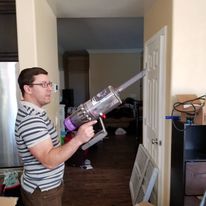 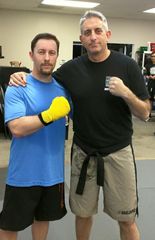 Before diving into how disabled people can or should learn to use a firearm, let’s examine why a disabled would even want to, and whether they should do so.

Like many other tools, appliances, vehicles, etc. that are designed for Normals, using something in a way not intended or designed by the manufacturer is inherently more dangerous or at least made more difficult. I’m typing this post on a laptop using five fingers and what is essentially a knuckle. That’s not more dangerous, but for most people it’d be more difficult. Driving to work, however, is made more dangerous by my lack of fingers with which to grip the steering wheel with my left hand.  Using firearms safely and effectively is no different. The first step to being safe with any instrument is knowing, accepting, and understanding your own abilities and limitations.

As an aside and as a basic fact of life that took me far too long to accept – step one in adapting as a disabled person is to accept that you are, in fact disabled. Growing up, I tried to convince myself that I was just as capable as all my Normal colleagues. I worked out the same, studied the same, took tests the same. I was proud that I could do more pull-ups and push-ups than the military recruiters that came to my high school (though no military branch would accept me due to my disability – I tried – multiple times). I played video games with controllers meant for Normals. I learned to ride a motorcycle. I never asked for or received any accommodation in school. Many people had no idea I was missing most of my left hand. I was hard-headed. It wasn’t until my first year in law school that I accepted that it was ok to admit that I had limitations which did not lend themselves to doing everything the way the Normals did them. When I consistently failed to finish my practice essays on time, my study partner reminded me ever so eloquently – “No duh! You’ve got one hand, of course you type slower than the average law student.”  And so, with that I finally got over myself and asked for an accommodation. While I didn’t get the accommodation I originally wanted, what I did get took my grade average from B-ish to A+. I know that’s not as dramatic as failing to top of the class, but in Law School it’s the difference between being a nobody and graduating in the top 10 % of my class.

So, for any one considering taking up self-defense – including armed self-defense – don’t let your ego make you dangerous. In school being hard-headed about your limitations might get you lower grade, but with a gun it could be life-threatening. Take some time to take account of what you can do and what accommodations you’ll need. For most people, you’ll probably need some time with an experienced firearms instructor and you’ll need to take things slow as you practice techniques and modify them until you are comfortable with a technique that works for you.

At this point you might be thinking “geez, if it’s so dangerous to begin with, and my disability makes using one even more dangerous, why would I even want to touch a firearm?”

Whether you ultimately decide to pick up a firearm is certainly a personal decision. You may want to ask yourself other questions like: “If someone were to attack me, how would I defend myself?” “Do I even need to worry about my or my family’s safety?” “Do I want to live in a world where guns exist, people know how to use them, but I don’t?” “Am I comfortable relying on others to protect me or to keep me safe?”

Sure, Normals should ask themselves the same questions, but the truth is: disabled persons are at a physical disadvantage in any kind of self-defense scenario. These questions take on a deeper meaning to a disabled person. How do you plan to defend yourself from an assailant? Burgler? Bully? Indeed, in jurisdictions where one needs to show good cause to qualify for a concealed carry permit, being disabled is usually a factor favoring good cause.  Why, you ask? Because the reality is that if you’re missing or unable to fully utilize a limb, or you suffer from some condition which slows reaction times, you are, without question, at a disadvantage in a physical confrontation. An easier target than normal.

“But I can learn self-defense! It’s great exercise and I can learn to defend myself! So why should I want to learn to use a firearm?” Good point, Reader.  You should learn self-defense!  I did and I continue to practice. Your safety should not be limited to one tool. You should build a toolbox filled with tools. Learning hand-to-hand combat is an important tool in that toolbox. I studied Krav Maga and currently train in Jiu-Jitsu and, you know what? Those, too, were designed primarily for Normals.

Just like in learning to shoot a gun, learning Krav Maga or any other system of self-defense will require a lot of adaptation and practice. Your instructors will try to help you, but most won’t be of much help as they have no basis to understand where you are coming from and what you are capable of. So, as with firearm instructors, you’ll need to find a good instructor who can break down each movement into enough detail where you can modify the movement to work for you.

As with every form of self-defense, hand-to-hand combat skills have their limitations: First, by the time you engage in hand-to-hand combat – you’re already in your last line of defense (as opposed to stopping a threat early at a distance); Second, you are still inherently at a physical disadvantage, especially if your assailant is as skilled or better than you; Third, while some arts teach you how to disarm an armed assailant, these defenses only work if the assailant is close enough to reach. As to that last point, even if you are able to get a hold on the assailant’s firearm or knife (ouch), one slip up in your technique could be fatal.

Still, practicing some style of self-defense is a key to better health and fitness and you always have to have some form of last-line-defense. I highly recommend Krav Maga as an easy to learn, well-rounded system. However, I caution those with limb differences that worry about hurting their “dominant” limb – Krav Maga is pretty high impact and you’d do well to wear wraps around your wrists and wear some form of support for your elbows and knees. Pay attention to your punches and kicks to make sure you do not overextend your joints.

While you might be able use a hammer to cut a board in two, you’d be better off with a saw. You need to know which tool is best for the job. You won’t stop a mid- to long-range threat with hand-to-hand skills. You might learn how to close the distance, you might try to run away; those things might work, but they also might not. Similarly, you might be able to pull a gun on someone within arm’s reach, but you’re just as likely to lose your gun to your assailant at that range. It would be much better to use your hand-to-hand skills to make enough space where using the gun would be less risky, or to disable your assailant enough to run away without having to use a gun.

Are there alternatives to guns? Sure. You can keep a bow and a quiver of arrows, you can keep a knife, you can keep an atlatl with you – Unless you’re Hawkeye, Katniss, the Miyanovich, or some other mythical hero, these instruments are not as effective or as accurate as a modern firearm.

Even if you have a gun – an opponent with a knife is a scary thing. Knowing how to defend against and use a knife in a fight is a great skill to add to the toolbox. Keep in mind that if you only have one usable hand, occupying it with a knife takes away a lot of your other hand-to-hand defenses. The same consideration goes for a handgun, but again, I would only use that tool after making some space from my attacker.

To recap, when it comes to one’s defense, one has only a few options: 1) rely on third-parties; 2) rely on hand-to-hand ability; 3) rely on some longer range weapon that is inferior to a modern day handgun, shotgun, or rifle; 4) learn to use a gun; or 5) learn to use any or all of these tools.

For me, Krav Maga is what led me to learn to shoot. When a Krav Maga student gets past the basics, they start to learn gun take-aways. I had to ask myself – even if I were to successfully wrestle a gun away from an attacker, what am I going to do with it if I don’t know how to use it?

Knowledge is power, my friends.

So, should you learn to use a gun? I think it’s a good idea for any person. I think it’s even more important for a disabled person because currently, there is no tool better at equalizing the uneven landscape between an able-bodied assailant and a disabled victim than a gun and knowledge of how to use it.

So now that I’ve convinced you that you should learn how to use a gun, the question becomes: What kind of gun?  We will discuss that in coming posts before moving on to the “how” of using the different types of guns out there.