We are two decades in to this new reality in America where we see impactful, targeted acts of violence on a regular basis. These events happen in the general public, in schools, and in houses of worship.

It would probably be surprising to most Americans that scientific systems of assessing and preventing such acts are fully in place in our society. Not only are these systems in place, they are effective in the mitgation of targeted violence.

Why don’t most people know about these things?

Because people are not interetsed in the kind of dedication that is required to learn to go beyond superficial sociopolitics and uneducated opinions. Because people want to read the news and display their thinking to others on the internet. Because people want change, but they want other entities to deliver that change for them.

The systems and knowledge to mitigate targeted acts already exists. The issue isn’t knowing what to do, it’s getting humans to do it. That’s the problem. The mechanisms are already created to deal with such acts.

Grossly put, we have a society that is filled with people who want to fully leave things up to divinity or government entities…or they believe our society is unraveling and any effort is wasted effort. Not one of these attitudes is the road to mitigate targeted violence. This is because, in order to mitigate targeted violence, you have to be active and engaged with your family, your street, your school, your house of worship, your business community, your town, your state, and your country.

In order to mitigate targeted acts in society you have to know the science, keep your eyes and ears open, and stay connected to your community. You have to engage.

Every school in the United States should have a student threat assessment system and advanced, culturally sensitive security. The fact that we are past our second decade of this pattern of violence and we still have schools who lack these essential elements should be enraging to Americans.

Some people want to go after gun manufacturers, and that’s their prerogative. But if we are to use that brand of logic, school districts and state boards of education (who do not meet the systems standard for mitigating targeted acts) are more responsible for such outcomes. At this point, it’s malfeasance on their part.

Certainly, the time that people spend on the internet, our media cycle, and our political realties have a tendency to work against that which is needed for the mitigation of targeted acts. It is also worthy of note that a lot of these shooters slip through the cracks due to failures in existing prevention and security systems. Systems can be in place, but they need to be run properly.

The only thing that Liberal Gun Owners can do is to testify to the existence of effective, properly executed systems. We can continue on our mission, which includes helping threat assessment systems and innovative security paradigms to reach implementation in places like schools and houses of worship.

Which we are actively trying to do and have been since 2018. 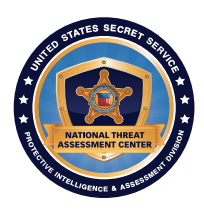 The United States Secret Service Threat Assessment Center is your one-stop-shop for the science related to targeted violence. Every kind of behavioral analysis for every kind of event can be found here. The foundational studies of The Safe Schools Initiative can be found here as well as the analysis of Plots Against Schools. School/Campus Attacks, Attacks in Public Spaces, and Attacks Against the Government all have their own section. 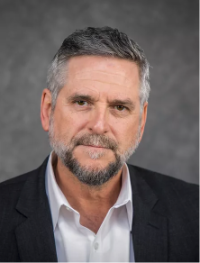 John Van Dreal is a world-leading expert in Student Threat Assessment, Behavioral Assessment, and Innovative School Security. He is the Owner/Operator of Van Dreal Consulting.  He is Liberal Gun Owners’ Subject Matter Expert in these fields. John has been featured regularly in the media as it pertains to targeted acts of violence in schools:

NPR – When Teens Threaten Violence, A Community Responds With Compassion

Mother Jones – Inside the Race to Stop the Next Mass Shooter

FBI.GOV – In the Aftermath 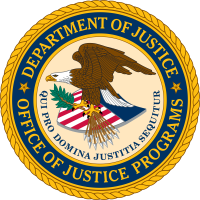 The Bureau of Justice Assistance is the main interface for the Students, Teachers, and Officers Preventing (STOP) School Violence Program. Qualified entities, like schools, can apply annually for funding that directly serves school violence mitigation. You can access the grant proposal process by clicking here.